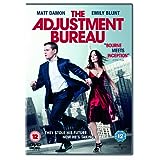 5. The Adjustment Bureau (2011, Thriller / Sci-Fi/ Romance ) - The affair between a politician and a ballerina is affected by mysterious forces keeping the lovers apart 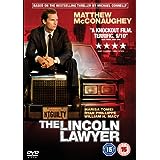 4. The Lincoln Lawyer (2011, Drama / Thriller) - A sleazy defense attorney has a crisis of conscience when he represents a wealthy client who has a foolproof plan to beat the system 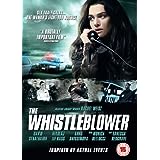 3. The Whistleblower (2011, Biography / Drama) - A drama based on the experiences of Kathryn Bolkovac, who served as a peacekeeper in post-war Bosnia and outed the U.N. for covering up a sex scandal. 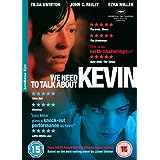 2. We Need to Talk About Kevin (2011, Drama / Thriller) - Kevin's mother struggles to love her strange child, despite the increasingly vicious things he says and does as he grows up - my full review here.

1. The Millionaire Tour (2012, Thriller) - A mysterious cab passenger who is taken hostage must convince the hijackers that he is not the legendary con man they set out to kill. Is it a case of mistaken identity, or a clever act of deception?

God on the Brain - A Review

November 11, 2020
A Christian understanding of human nature holds that human beings are made in the image of God. As His image bearers we are created by God with an immaterial soul that survives death. This soul comes with the capacity and moral inclination to know and relate to God. All of this means that for Christians how we regard the relationship between the soul and the brain matters because it affects the validity of the Gospel.  The good news of Jesus presupposes some fundamental things about our human nature. It assumes that we are moral beings who have fallen off an objective moral standard and in need of forgiveness. It tells us that death is not the end. We must one day give an account. Most importantly, Jesus who is fully God and fully man is our only hope for life with God.  This good news of Jesus has become increasingly challenged by a materialist worldview of the brain led by secular neuroscientists. They argue that science and faith in God are opposed to one another; religious belief e
Post a comment
KEEP READING →