December 07, 2012
I have been blessed enough to read over 40 books this year, covering many areas from memoirs to economics. Most of them released in 2011 and 2012. It has been most difficult to pick my top reads, but choose I must – so here we go. 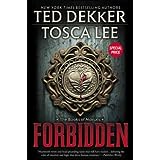 5. Forbidden by Ted Dekker and Tosca Lee (Fiction) - a gripping thriller set in a desolate future where the only emotion is fear. It is the first of three books in the 'Book of Mortals' series. What really captured me as I read this book is the profound questions the book raised about the nature of man and his place in the universe. The book forces you to engage your imagination and live within a world so different from our own. The writing styles of Dekker and Lee are beautifully blended to keep the reader immersed on every page and yet eager to know what happens! 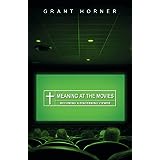 4. Meaning at the Movies by Grant Horner (General) - how should Christians approach cinema? This is an excellent take on cinema as a world view. It is both a theological and practical assessment. It is fair to say the book has radically changed the way I watch movies, but not just movies, but how I interact with culture as a whole. Horner helps us critically appraise the broken pictures of life that are expressed in this visual art. One of my favorite parts of the book relates to his treatment of comedy. Until I read this book the theology of laughter was a complete unknown. A true gem! 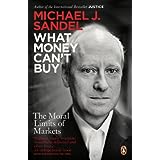 3. What Money Can't Buy: The Moral Limits of Markets by Michael Sandel (Economics) - explores the extent and reach of the price mechanism in our lives and asks whether this is good. It is quite insightful and ground breaking, though by no means definitive. As an economist, I have always known the limits of economics, but to see the price mechanism opened up from a moral angle was a joy. What is remarkable is that though this is a secular, it contains such a powerful challenge to flawed American religious right thinking around its worship of markets and hardcore capitalism. 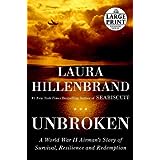 2. Unbroken by Laura Hillenbrand (Biography) - an extraordinary odyssey of Louis Zamperini who on a May afternoon in 1943, at the height of the 2nd World War, crashed into the Pacific Ocean - after returning from a bombing raid. After an agonising delay, he struggled aboard a life raft – and so begun extraordinary tale of survival, starvation and life in some of the worst prison war camps of the 2nd World War. It is a truly a break taking story of tragedy and triumph. The book is true comfort not only to those going through severe challenges, but also the power of God to restore us from mental torture. 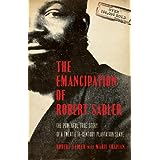 1. The Emancipation of Robert Sadler by Robert Sadler and Mary Chapian (Biography) - Over fifty years after the Emancipation Proclamation, Robert Sadler was sold into slavery at the age of five by his own father. A no-holds-barred tale of those dark days, his quest for freedom, and the determination to serve others. It is a story of good triumphing over evil, of God's grace, and of an extraordinary life of ministry. You will cry, weep and rejoice with Sadler. And after you are done, you will long to know God as deeply as Mr Sadler knew Him! Here was a man who really did walk with God! Amazing!