How is your endurance?

August 29, 2014
Everyone loves a tale of endurance. In most cinema stories the lead character is first introduced to us and then they face some unfortunate obstacle which they then have to overcome. Through that endurance process the audience picks up some life lessons for their own battles of endurance.
One of my favourite movies about endurance is the biographical Hurricane (1999). It tells the story of Rubin "Hurricane" Carter (Denzel Washington) a former middleweight boxing champion who was convicted for a triple homicide in a bar in Paterson, New Jersey. It depicts his life in prison and how he was freed by the love and compassion of a teenager from Brooklyn and his Canadian foster family. 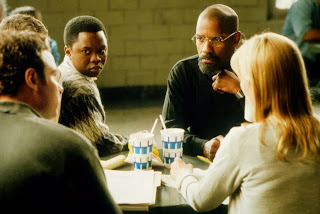 In a moving scene the wrongly convicted Hurricane turns up in prison. The prison warden tells him to wear a prison uniform. He refuses by making it clear that "only guilty people wear a prison uniform". And since he is innocent of any crime, he cannot put on the identity of a convict. This immediately lands him in solitary confinement which he survives. When the new warden arrives he is allowed to wear something different. And by doing so he preserves his identity and endures to the end.
One of the key messages of the movie is that knowing who you are is important to face any obstacles in life! If your identity goes, your life goes with it! By Hurricane preserving his identity at the start, he laid the foundation for future victories against his false imprisonment. Apostle Paul makes this same fundamental point at a deeper level in his letter to the young church at Colossae :


We continually ask God to fill you with the knowledge of his will through all the wisdom and understanding that the Spirit gives, so that you may live a life worthy of the Lord and please him in every way: bearing fruit in every good work, growing in the knowledge of God, being strengthened with all power according to his glorious might so that you may have great endurance and patience, and giving joyful thanks to the Father, who has qualified you to share in the inheritance of his holy people in the kingdom of light. (Colossians 1:9b-12)

Paul had not met the Colossians believers, and yet since the day he heard about them through Epaphras he had not stopped praying for them. Top of Paul's prayer list were two things. First, that the Colossians may go for growth. Living things grow, and so Paul wanted them to keep growing in the knowledge of God. Secondly, he wanted their young faith to endure against the temptations and sufferings of this world, and against the false teaching being promulgated by some individuals at Colossae that had gone rogue.
But how were the Colossians going to endure? Paul locates the endurance squarely in God. It is a divine activity. So he prays that God may strengthen them with "all power according to his glorious might". Unless God himself makes the Christian endure there can be no endurance. Without God's sovereign control over every detail of our lives we cannot endure. So Christian endurance differs from worldly endurance because it is entirely a divine activity.
And yet, not entirely as bystanders. Paul prayed that the Colossians endure by "giving joyful thanks" to God for having qualified them "to share in the inheritance of his holy people in the kingdom of light". Christian endure by living a life that gives thanks for what God has already achieved for them. He has given us to have a share in his kingdom of light by rescuing us from the "dominion of darkness and [bringing] us into the kingdom of the Son he loves". Through Jesus' death on the cross we now "have redemption, the forgiveness of sins". (Colossians 1:13 - 14)
In short we endure by knowing who we are in Jesus Christ. That is we are people who are now members of a new Kingdom of Jesus and have left behind Satan's dark domain. We lived for Satan before but now we live for Jesus. We have a new identity and a new geography. We are light dwellers now! And all these things are from God. The good news of the message of Jesus Christ is that if you are truly in him you can be confident that God has your back. You will endure to the end because it is entirely dependent on the Lord Christ.
Hurricane Carter looked deep inside himself to endure in order to fight for his freedom. In the process of solitary confinement he nearly went mad. In contrast, Christian endurance is by people already free. They have been delivered from the dark domain to a new kingdom of light. It it is an endurance lived from a position of assured victory. We endure as eternal victors. It is the knowledge of this transfer that leads us to face challenges in life with joy and thanks!
So are you struggling in an area? Do you know someone who is struggling? Well be comforted. The Lord knows those who are His. And those that belong to him will endure against the odds! We are more than Hurricane Carters in Jesus Christ! Amen!