July 25, 2016
Earlier this year, the American musician Curtis “50 Cent” Jackson was summoned before a Judge in the US to explain his lifestyle. The reason for the Court summon is that last year 50 Cent filed for bankruptcy saying he couldn’t afford to pay debts of between $10m and $50m. 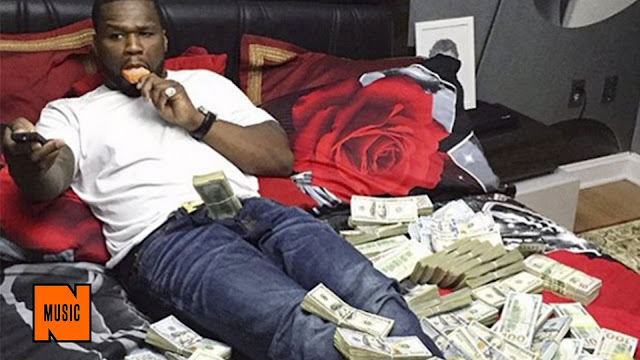 The only problem is that a cursory look at his Instagram feed reveals a very different impression of his life. In one photo, 50 Cent is photographed buried under $100 notes, presumably struggling to find his feet. In another photo he has stocked his refrigerator with bundles of dollars. This naturally baffled his creditors. How can 50 Cent claim to be bankrupt when his  Instagram profile shows that he is  drowning in money?


50 Cent’s response in his court submission was simple : “the piles of money in the photos is just prop money….Just because I am photographed next to an expensive vehicle, wearing Jewellery or sitting with tonnes of money does not mean that I own everything in those photos.” 50 Cent is in effect saying that his life is all a mere projection of an image of success. He is essentially saying, he is just renting a lifestyle he can’t afford. It is fake it until you make it! Everyone does it!

He is sadly right. The truth is that living an honest life is in short supply! We all want to live a comfortable life beyond our means. If we can afford it, we would rather just eat, drink and play! And many of us commit all sorts of deception to try and live comfortable! Anything from deceiving people about what we own, drowning in debt, stealing from others, or dodging work!

Apostle Paul writing to new followers of Jesus at Ephesus reminds them and us, that "dishonest living" is not how God intends for us to live. Becoming a child of God through Jesus is a game changer. Here is how he puts it in Ephesians 5:8: “In the past you were full of darkness, but now you are full of light in the Lord. So live like children who belong to the light. Light brings every kind of goodness, right living, and truth”. In short, Paul is saying, that living the Christian life is about becoming outside who we already are inside. Part of this exterior transformation is living an honest life.

Paul zones in on this point in Ephesians 4:28, “Anyone who has been stealing must steal no longer, but must work, doing something useful with their own hands, that they may have something to share with those in need”. In other words because we are now children of God, we must live honestly through fruitful work so that we may share what we have with others!

A couple years ago, an Anglican Vicar in York, Tim Jones told his congregation during Christmas that it's better to shoplift than commit other forms of robbery or prostitution. He added that people should not steal from small family business, but from large national businesses because their costs are ultimately passed onto us in form of higher prices! The police rightly responded by saying, “justify shoplifting under any circumstances is highly irresponsible”.

The Bible is clear that all stealing is wrong. As Paul reminds us, “anyone who has been stealing must steal no longer”. Sadly, many of us don't think that applies to us. We think stealing is something others do! But Paul is speaking to bonafide followers of Jesus! He says we must stop it! Stop taking what does not belong to you!

The Bible is clear that all of us are born handcuffed to our sinful nature, and this nature including stealing. We cannot help ourselves. Stealing takes many forms in our lives. It may be simply downloading internet movies, music and sports illegally. It may be taking stuff the hotel room without paying. One statistic says 68% of UK travellers confess stealing a towel in hotels.

Stealing manifest itself when we go to car repair garages that tells us to pay cash so that we don’t pay VAT. It may simply be borrowing things, especially books without returning them! I have long concluded that one should never lend a book to another Christian. It better to just give them because most Christians never return what you lend them. Another common form of theft is buying things on credit or running up an overdraft and then refusing to pay debt. Lying on the CV to get that job over the summer is also stealing because it deprives other people better qualified to have the job, not to mention employer.

We all steal in various ways because it our nature to steal. The good news is that if you are a follower of Jesus, God has broken the power of sin in your life. You are a new person in Jesus! Stealing is not who you are! You only steal because you choose to steal. You forget that God is now your Father. Therefore you must now live honestly to reflect His character! Our God is not a thief. It is the devil who is a thief.

Most importantly,  dishonesty is the opposite of love. It takes from people instead of expressing love through giving. Our God is our loving Father. So we too must be givers not takers. As Paul later says to the church at Ephesus, “Follow God’s example, therefore, as dearly loved children and live a life of love, just as Christ loved us and gave himself up for us as a fragrant offering and sacrifice to God” (Ephesians 5:1-2)

Maybe you are currently trapped in constant lying to people, stealing or any kind of fraudlent lifestyle. You fear what change may mean for you. You are asking, is there any way back? If you belong to Jesus there is always hope. The same Jesus who saved you, now lives inside of you. He is not only able to change your life, He is with You and wants to change you. You matter to Him! So why not bring all your deception, all your fears, all your shame before Jesus? Repent from sin and depend on His grace! Then share your struggles with another follower of Jesus.

Maybe you have not truly committed your life to Jesus. You know that you are living dishonestly! You know deep down that you can never ever be good enough to get into heaven You are not alone. No one is good enough to go to heaven. But I have good news for you. God has put your life of sin, all of it, on Jesus and nailed him to the cross for you sin. But, you must accept this penalty for yourself by coming to God this morning, and ask Jesus to forgive you! Start a new a new exciting life with Jesus. Will you choose Jesus or will continue living a life of deception far from God? Choose Jesus! It is the wise choice