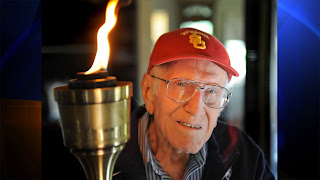 Three US former servicemen were standing in front of the Vietnam Veterans Memorial in Washington, DC, the capital of America, and one asked his friend, “Have you forgiven those who held you prisoner?” The other replied, “You know, I will never forgive them.” And then his friend said to him, “Well, it seems that they still have you in prison then, don’t they?”

That story emphasises an important point: unforgiveness is a prison without walls! The good news is that it is a prison we can choose to break free from by the power of God the Spirit. Apostle Paul writing to the church at Ephesus says :

Let there be no more resentment, no more anger or temper, no more violent self-assertiveness, no more slander and no more malicious remarks, Be kind to each other, be understanding. Be as ready to forgive others as God for Christ’s sake has forgiven you [Ephesians 4:31-32, JBP]

It is deliberate decision we must make to break free from sin because Christ has already done it for us on Golgotha. Apostle Paul writing to the church at Rome emphasises the point :

Let us never forget that our old selves died with him on the cross that the tyranny of sin over us might be broken—for a dead man can safely be said to be immune to the power of sin” [Romans 6:6-7, JBP]

And no life illustrates the power of God to make us forgive than the life of another former US serviceman did! Two years ago I came across the fantastic book written by Lauren Hillenbrand. Unbroken tells the extraordinary odyssey of Louis Zamperini who passed away last month (2 July 2014).

On a May afternoon in 1943, at the height of the 2nd World War, Louis Zamperini crashed into the Pacific Ocean - after returning from a bombing raid. After an agonising delay, he struggled aboard a life raft – and so begun extraordinary tale of survival, starvation and life in some of the worst prison war camps of the 2nd World War. It is a truly a break taking story of tragedy and triumph.

As part of his experience Louis had come to be severely abused by some of Japan’s most notorious prisoner war camp officers. He experienced such shocking brutality! I have frankly never read of man who was so abused at the hands of another. But many years later – Louis wrote his abuser an extraordinary letter, after he heard the abuser who had been on the run was still alive:

As a result of my prisoner of war experience under your unwarranted and unreasonable punishment, my post-war life became a nightmare.

It was not so much due to the pain and suffering as it was the tension of stress and humiliation that caused me to hate with a vengeance. Under your discipline, my rights, not only as a prisoner of war but also as a human being, were stripped from me. It was a struggle to maintain enough dignity and hope to live until the war’s end.

The post-war nightmares caused my life to crumble, but thanks to a confrontation with God through the evangelist Billy Graham, I committed my life to Christ. Love replaced the hate I had for you. Christ said, “Forgive your enemies and pray for them.”

As you probably know, I returned to Japan in 1952 and was graciously allowed to address all the Japanese war criminals at Sugamo Prison … I asked then about you, and was told that you probably had committed Hara Kiri, which I was sad to hear. At that moment, like the others, I also forgave you and now would hope that you would also become a Christian.