Light from a dark city

March 21, 2013
I have watched Dark City many times, but it is only recently that I have reflected on its fascinating plot. The story revolves around John Murdorch who wakes up one day in an hotel, totally unaware of who he is. He stumbles around looking for clues, when the phone rings with a voice urging him to flee from danger. As he looks around he sees a brutalised corpse of the woman, forcing him to runaway. 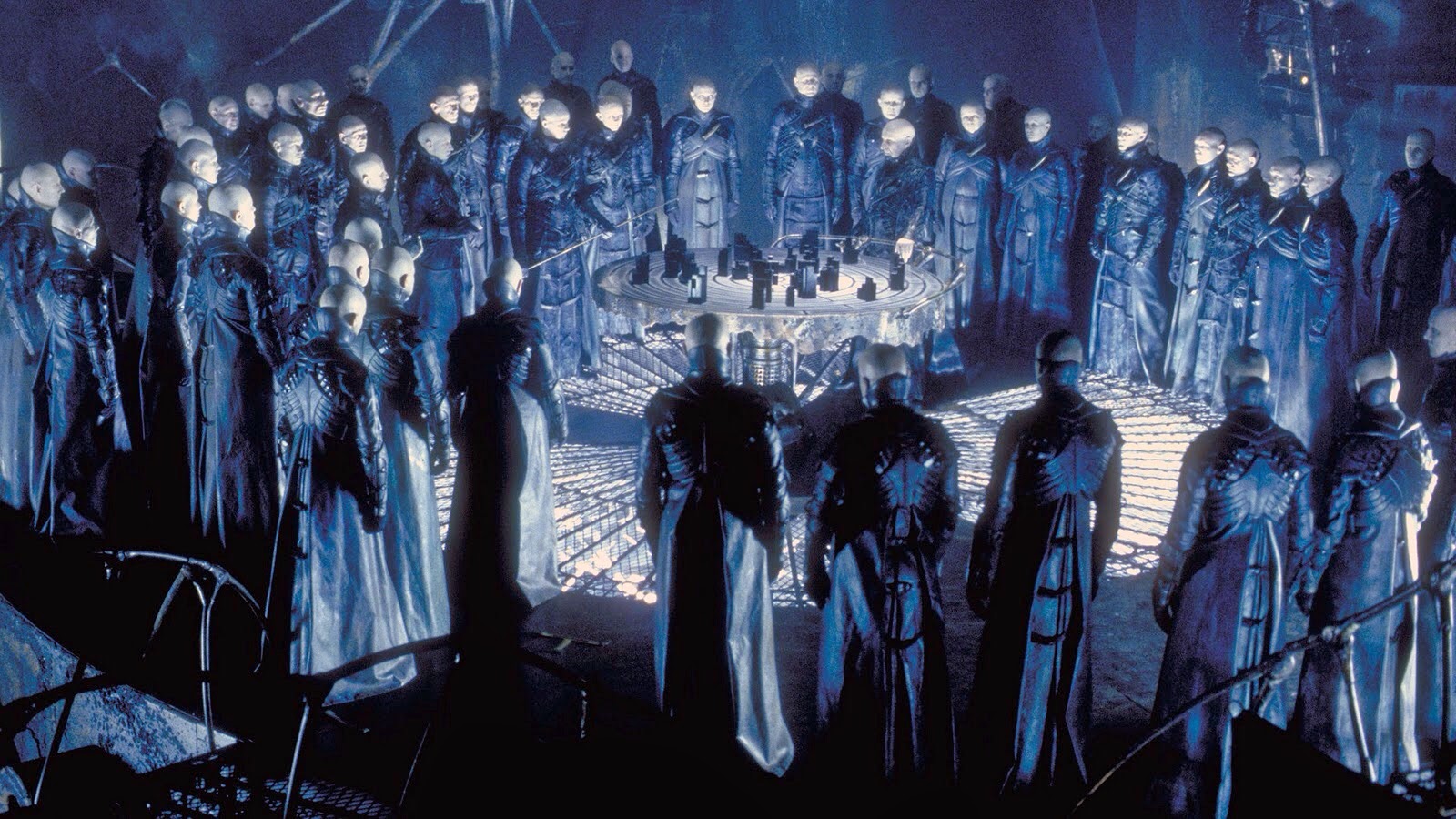 As the story unfolds, we learn that John is developing supernatural abilities and that a shadowy group called the Strangers are after him. Who are these Strangers? Why are they here? Why is the city always dark? Why does no one seem to remember things? Dr Schreber a forced labourer of the Strangers fills in the blanks for us:

First there was darkness. Then came the Strangers. They were a race as old as time itself. They had mastered the ultimate technology. The ability to alter physical reality by will alone. They called this ability "Tuning". But they were dying. Their civilization was in decline, and so they abandoned their world seeking a cure for their own mortality. Their endless journey brought them to a small, blue world in the farthest corner of the galaxy. Our world. Here they thought they had finally found what they had been searching for....

They abducted us and brought us here. This city, everyone in it... is their experiment. They mix and match our memories as they see fit, trying to divine what makes us unique. One day, a man might be an inspector. The next, someone entirely different. When they want to study a murderer, for instance, they simply imprint one of their citizens with a new personality. Arrange a family for him, friends, an entire history... even a lost wallet. Then they observe the results. Will a man, given the history of a killer, continue in that vein? Or are we, in fact, more than the sum of our memories?

The Strangers are after John because they believe he holds the key to solve their mortality. As the plot thickens a key truth that shines through is that evolutionary progress however radical its claims ultimately has its limit. The Strangers are powerful beings with godlike powers attained at the peak of their evolutionary progress. They are so far ahead that when they hear John may share some of their powers they scoff at the idea . And yet there are severe limits to their make-up.

For one thing they are morally empty. They treat human beings in a degrading way. Everything is 'matter' to them and up for manipulation. All they care about is surviving at all costs. This emptiness is further magnified in their unfulfilled needs. One of the Strangers, Mr Hand tells John towards the end, “I wanted to know what it was like... how you feel”. Having climbed to the top of the evolutionary ladder, the Strangers find that there's nothing there. All that awaits them is death. For all their genius they have not solved their mortality. The final enemy, that is death, has not been conquered. Rather it has imprisoned them to the extent that they will do anything to go on living. Even if it means brutalising another species.

The movie is a powerful reminder that no matter how much we prosper, like Solomon eventually we will find that it is all meaningless. But not only that we all captive to death and in need of rescue. Death is the great leveller that we cannot avoid without external non-physical intervention.

Accordingly, the movie presents a clear statement that worldviews anchored on physical aspects of life are inadequate in explaining the full nature of man. Ultimately the true meaning of what it means to be human cannot be located in the physical dimension. It is non-material. This appears to be a key point of the movie. The Strangers hold to a strong material worldview. They believe everything is explained by physical properties. But as John reveals in the exchange below they stand devoid of truth:

Their hallow search for meaning anchored in physical experiences has not led them to the solution. Though the movie never answers definitively what place the Strangers should have looked, it is clear that John believes the answer is located outside the physical experience. Man is much more unique than a mere collection of memories. A perspective reinforced time and time again. John, mankind's hero, comes across as a conscientious person. He loves and protects those around him. He aspires to break out beyond his geographic confinement. Not content with living a lie, he yearns for truth. Unlike the Strangers who make choices based on cold logical calculations, John would willingly sacrifice himself for others, even when it appears on the surface his life looks meaningless. John is somehow able to transcend memories of betrayal and reach down to something that is unseen.

In this the movie’s message, whether by design or inadvertently, rings loud : worldviews that solely anchors the view of man in physical experiences run the errors of the Strangers who built castles based on human memories. These castles go up in flames in the same way the Stranger’s laboratory of memories does at the end of the movie. Only a worldview that sufficiently combines the unseen and seen offers a complete picture of human life.
Copyright © Chola Mukanga 2013